[Note: From 2019 onwards, climbing Uluru will be banned. I am empathetic to the reasons, as special as I believe the view from the top is.]

There are many interesting things to do in the middle of Australia, from riding camels to exploring indigenous arts.

Twice in my life, I have had the awe-inspiring privilege of seeing the view from atop Uluru, the large rock formerly known as Ayers Rock. “Rock” is probably not the right geological term, but, I’m a traveler, not a geologist :-).

I did the climbs before it became well-known to the general public, that to do so, was considered disrespectful by the indigenous people in the area, who consider it a sacred place. For anyone who has ever been there, it is clear why they might do so. Perhaps I would not do the climbs today.

But I have done the climbs and I do have the memories. In this area, you have nothing but flat land as far as the eye can see, punctuated by three formations: Uluru, Kata Tjuta (the Olgas), and Mt. Connor.

To be at the top of Uluru is a special view that I do not recall experiencing in any of the other 40 countries I have visited. The beauty and contrast of colors at sunrise and sunset, the contrast of flatness and peaks, the contrast of the modern and the ancient, and of course that special achievement at the end of what is not a trivial climb for the average person. 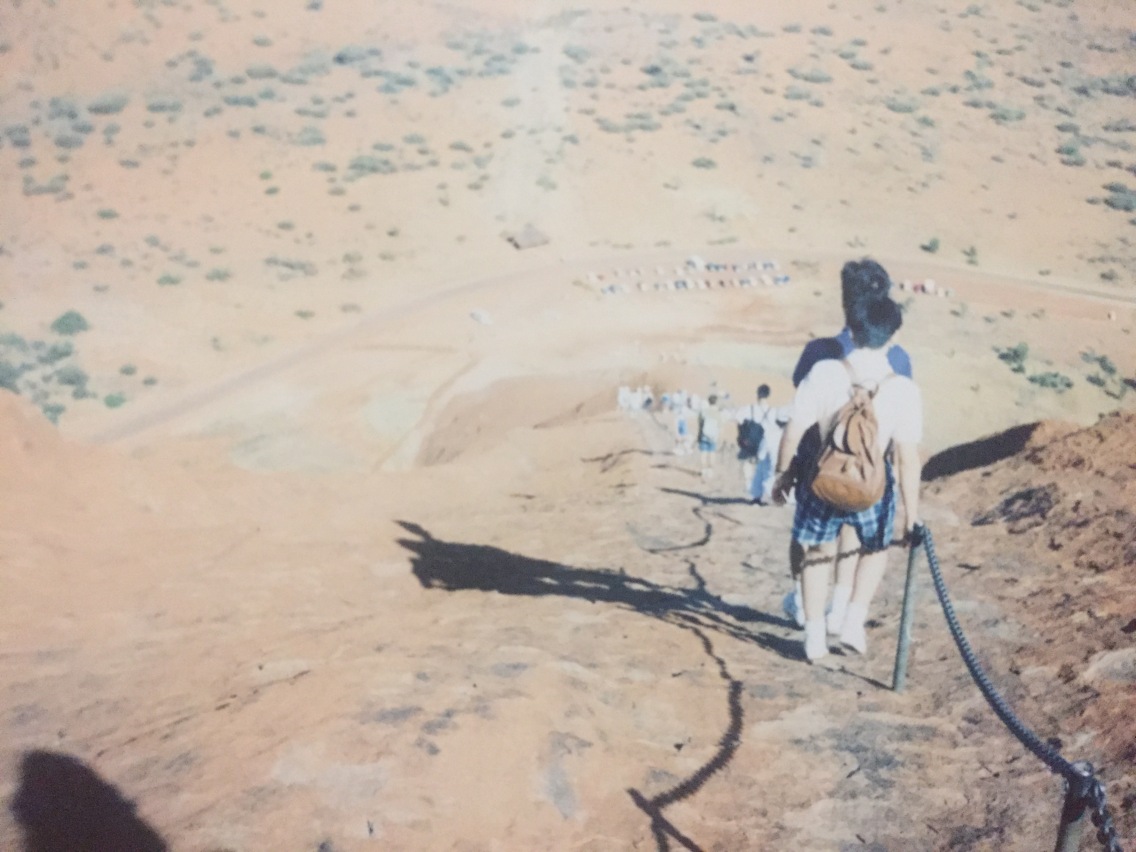 Contrast creates perspective. Contrast brings into focus that which is truly unique and special. Contrast is the heart and character of life. Contrast between the easy and the hard, the dull and the shiny, the old and the new, the superficial and the substantive, happiness and sadness, winning and losing, beginning and ending – these are the contrasts that allow us to distinguish one thing from another; to hold something as special, to appreciate an experience, because we know what the contrast is.

Being in the midst of an ancient landscape, that which has seen the coming and going of many generations of people, creates a special kind of contrast; a contrast to the fleeting dramas of our lives; to our lives themselves; to the seemingly important things, which in reality, stand mocked by those things that have weathered millions of years. 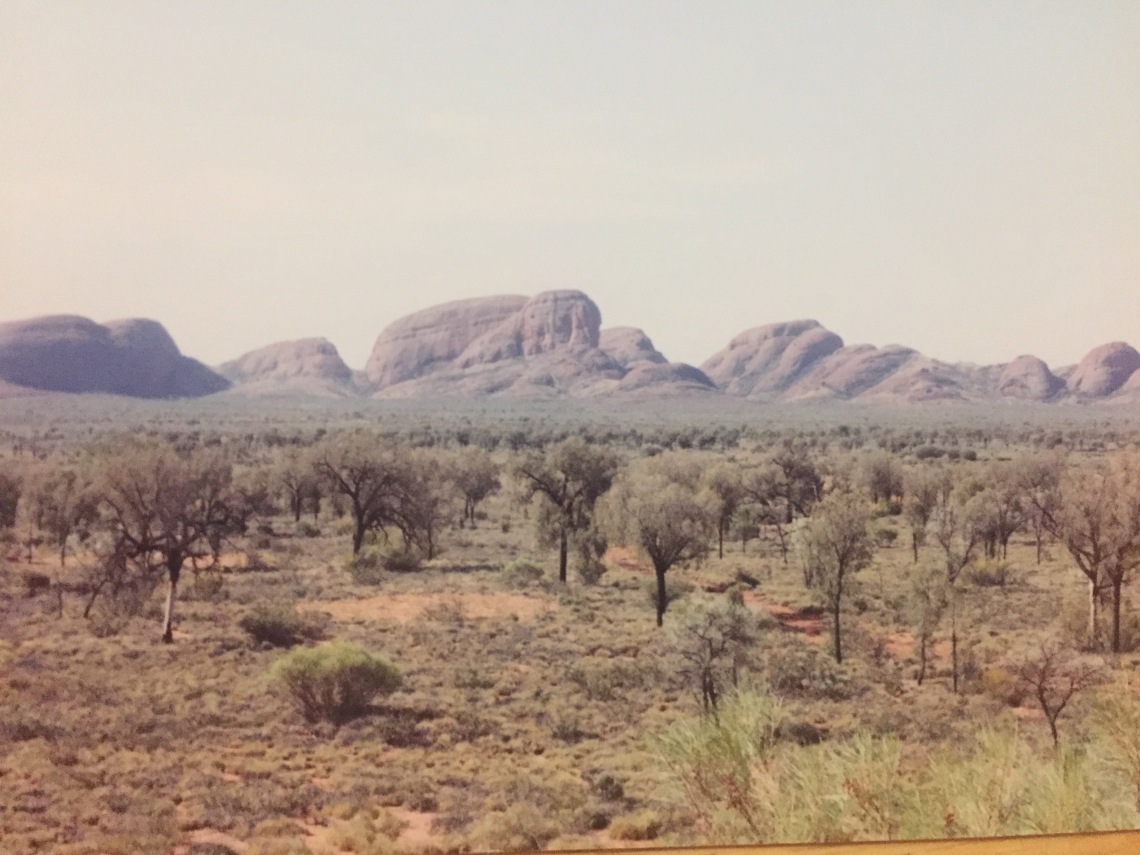 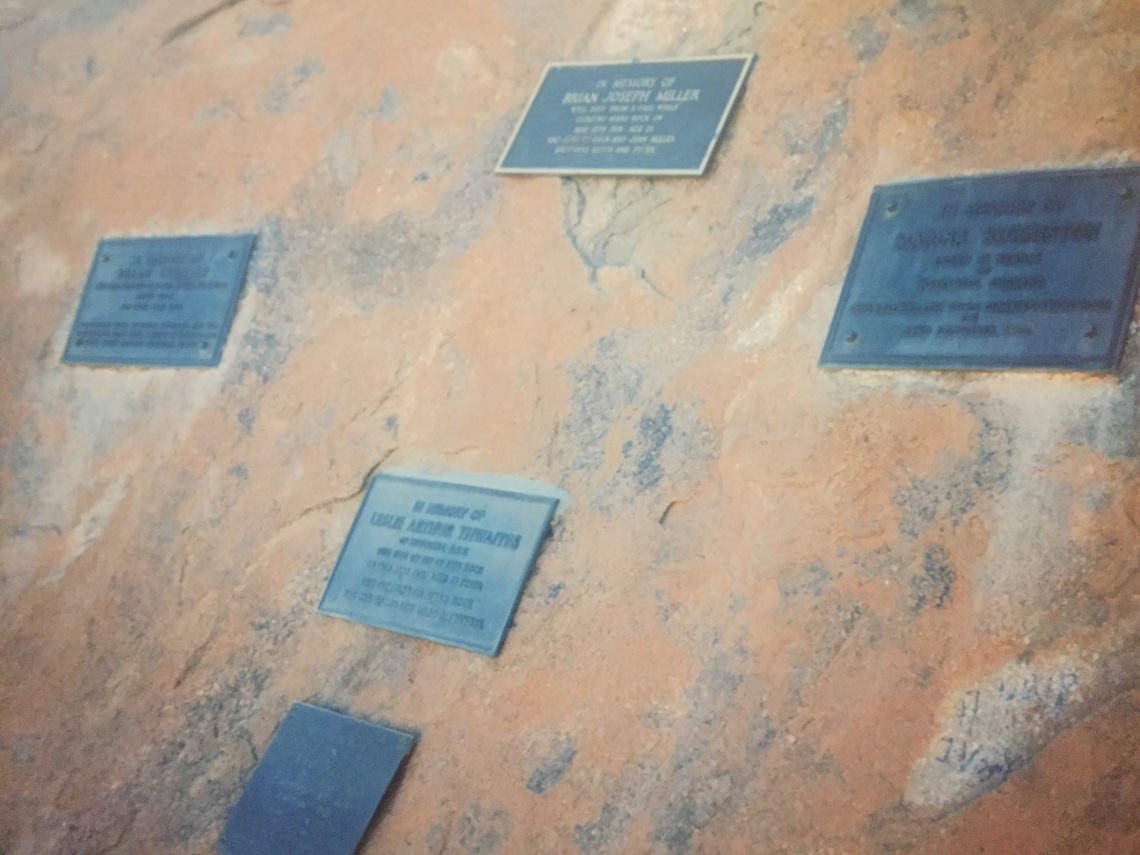 Oh, one other lesson from travel. At the base of Uluru are plaques dedicated to those who have died attempting the climb, some blown off by high winds. So before you go in search of awe, always read the fine print first 😉 and then boldly go…